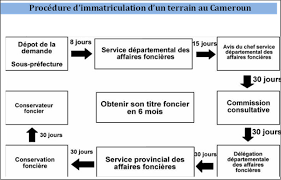 HOW TO REGISTER OCCUPIED OR OPERATED LAND AND THOSE FREE OF ANY OCCUPATION OR OPERATION IN CAMEROON?

It is an open secret that land is a treasure and the only official certification that grants ownership rights to land is the land title which is unassailable, intangible and final. This is in any case what emerges from Decree No. 76-165 of April 27, 1976 setting the conditions for obtaining the land title, amended and supplemented by Decree No. 2005-481 of December 16, 2005. The land title is therefore issued by the Land Registrar at the end of a procedure for registering the property in the land register. This title is then the starting point for all subsequent changes and constitution of rights and can be obtained on land in the national domain, which, if we call Ordinance No. 74-1 of July 6, 1974 fixing the land tenure, includes land in the national domain of the 1st category (occupied or exploited land) and land in the national domain of the 2nd category (land free from any occupation or exploitation). But how to proceed with their registration?

Occupied or exploited land includes: residential land, land for cultivation, planting, grazing and rangelands, the occupation of which results in an obvious human hold on the land and evidential development.

REGISTRATION OF LAND FREE OF OCCUPATION OR OPERATION

Another alternative can lead to access to land ownership on a dependency of the national domain, but this time of the 2nd category on condition of first resorting to the concession procedure as described by Decree No. 76-166 of the April 27, 1976 fixing the modalities of management of the national domain (you can also consult it here).

In order for this to be possible, it is necessary to go through the State, which has the role of administering the national domain in order to ensure its rational use and development. Thus, the latter can first, grant the applicant (any natural or legal person) a provisional concession, which can then be transformed into a lease or a definitive concession. But it is always necessary, first of all, to send to the service of the domains of the location of the building, a request for concession on this unexploited or unoccupied land aiming at the valuation of the land by the realization of a economic, social or cultural development project of the nation, against receipt. Thus a provisional concession which cannot exceeding 05 years (may exceptionally be extended at the reasoned request of the concessionaire) may be allocated by an order of the Minister of Domains for an area of ​​less than 50 ha or by a presidential decree for land over 50 ha. At the end of this, the advisory commission after investigation, draws up a development report addressed to the prefect, who on this basis, will decide whether to transform this contract into a long-term lease (between 18 and 99 years), either as an extension of the provisional concession, or as a definitive concession. The latter exclusively reserved for nationals, therefore opens the right to a registration procedure for the land concerned in order to obtain a land title.

NB: Land in the national domain of the 1st category whose occupation or operation is after August 5, 1974 can only be the subject of a concession procedure and not of registration unless it is established by the Advisory committee that these developments were preceded by an inconclusive occupation or exploitation carried out before August 5, 1974. Cft article 11 paragraph 4 of the decree of 2005.